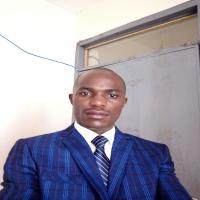 Option trading is one of the activities that take place in the financial market. Pricing these option is key for investor to ensure that the position they take offers good returns. The Black & Scholes model is widely used in pricing option although its underlying assumptions are inconsistent with the market dynamics. Some studies have been done aimed at improving the Black & Scholes model and in general the pricing of option. In this paper, we take the same motive but now use the truncated normal distribution instead of the normal distribution that has been used in previous studies. Under the truncated normal distribution, denoted by TND in this paper, the underlying asset’s log-return of is assumed to be bounded below and above. The boundary values are determined by the investor’s perceived realistic price ranges of the underlying asset. The basic statistics of the proposed model are derive. The martingale restriction and closed formulas for option pricing as well as the pricing error are presented. The put - call parity and duality and some of the Greeks are also formulated. From the numerical result of the study, the proposed model performs better than the classical Black & Scholes at different price ranges for European options.

An ICTP-EAUMP Hybrid Meeting. You can submit your application…

“Innovation for Transformation and Impact in the society.” Is the Nairobi Innovation Week 2022…

END_OF_DOCUMENT_TOKEN_TO_BE_REPLACED

© University of Nairobi 2019.  All rights Reserved.